is a Special District, formed pursuant to the County Water District Law, Division 12 of the Water Code of the State of California.  When a community desires new or a higher level of services, they can create a Special District. An inadequate tax base and competing demands for existing taxes make it hard for cities and counties to provide all the services their citizen’s desire.  Special Districts like QHWD are a form of local government designed to meet a specific need.

In 1954, the local community saw such a need and formed Quartz Hill County Water District, by combining two existing Mutual Water Companies, B.V Mutual Water Company (B.V.) and Belle Vue (Bel View) Mutual Water Company. At the time of the merger B.V had 54,166 feet of mains and 2 wells and the total system was appraised at $94,000.00. Bel View also had an appraisal performed for the purpose of purchasing the Company and the appraisal reports 17,120 feet of mains and 1 well was present. The total system was appraised at $23,500.00 in 1954.

The District is governed by a Board of five Directors, and the inaugural Directors in 1954 were Austin E. Finch, James W. Gowdy, L.D. Blanchard, Raymond Knefelkamp and Lloyd Pond.  Information about our current Board of Directors can be found on the Board of Directors page.

Since that time, QHWD has grown and currently has over a half million feet of mains and 10 wells. During the previous fiscal year, the distribution system and asset valued over $40 million.

The water we serve is potable and from two sources. The first is the Antelope Valley Aquifer and the second is Antelope Valley East Kern Water Agency, our State Water Project provider.

Through drought and wet years, QHWD has continued to meet or exceed the needs of the rate payers and offers exemplary services. 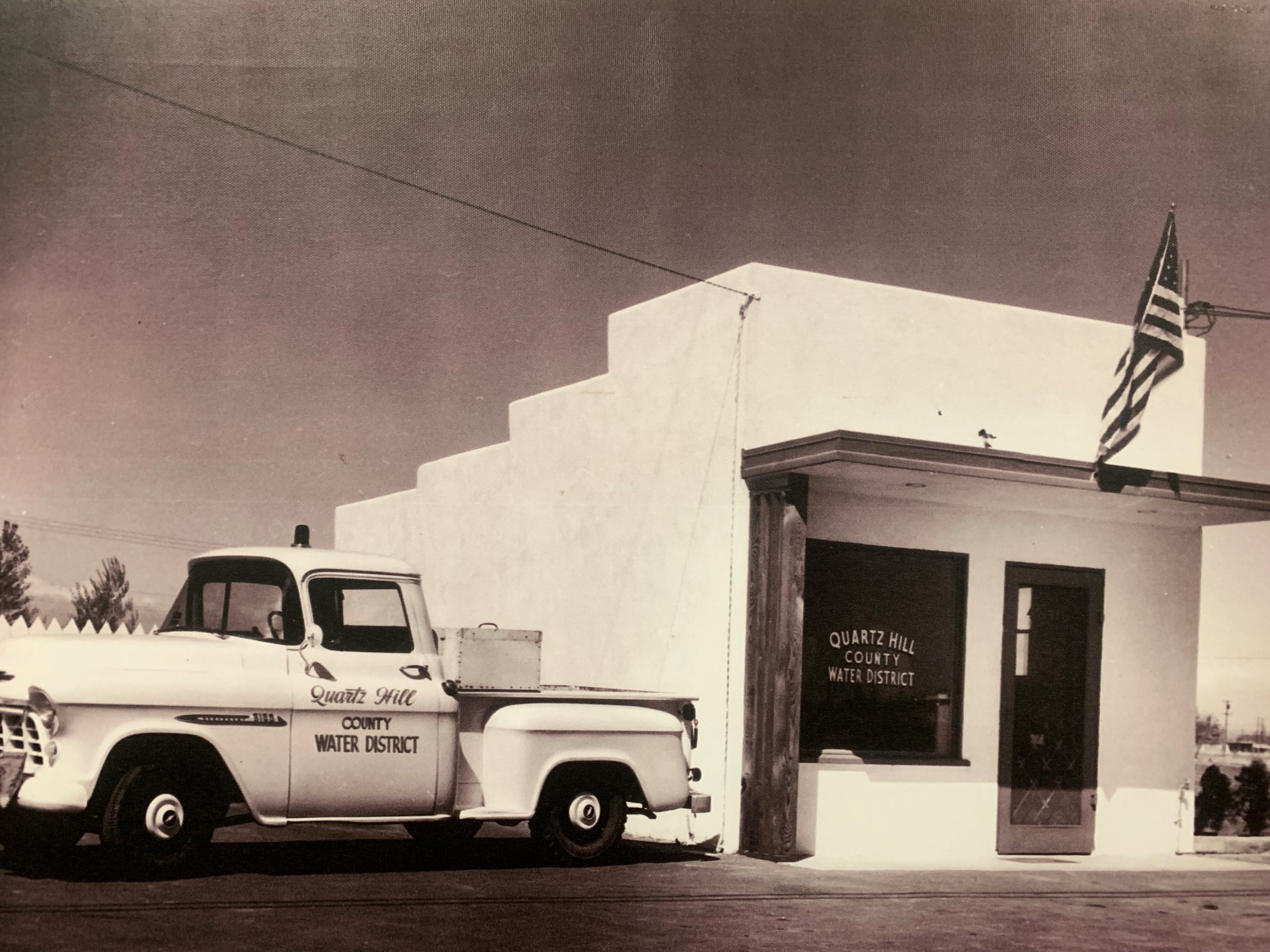 Drought Stage 2: At our last Board Meeting, November 18, 2021, QHWD has moved to Drought Stage 2 of our Water Shortage Contingency Plan.  The main restrictions that will apply is in regards to landscape irrigation.

Regulations will be in force that prohibit run off, overspray and watering on hardscape.

Additionally, the Governor has issued a Proclamation of a State of Emergency. We encourage everyone to voluntarily conserve 15%, as called out in both the Proclamation and Executive Order N-10-21.

You can read more on the Conservation and Drought page